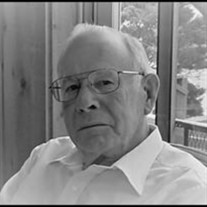 It is with great sadness that the family of Richard Maurice Rall announce his passing on July 3, 2021, in Irvine, California. Dick was born July 14, 1934, near Upper Sandusky, Ohio to Lawrence V. and Lucille S. (Fisher) Rall. Dick is survived by his wife of 63 years, Jacqueline Picard Rall, and his 7 children, Danielle Rall, Robert Rall, James Rall, Anne (Steve) Gardner, Mark Rall, Kevin (Kathleen) Rall, and John (Micaela) Rall. He is survived by 9 grandchildren and 4 great-grandchildren. Dick was the third of 7 children and is also survived by Margaret (Russ) Gase, Dennis (Rachel), and Marcus (Marcy). Dick was preceded in death by his parents, and brothers – Donald, Paul, and William. Raised on his family’s farm, Dick learned the valuable lessons of hard work and perseverance. At a young age. he discovered his academic aptitude, earning straight A’s in high school followed by many honors and a degree in Mechanical Engineering from the University of Dayton in 1956. After graduation, Dick moved to California and continued his education, earning a Master’s Degree in Engineering from the University of Southern California, which led to a long career with Hughes Aircraft Company. While on a trip to Yosemite National Park, he met and fell in love with Jacqueline Picard. They married in June of 1958 and began their lives together in Westchester, a suburb of Los Angeles. By the mid-60s, they moved their growing family to Palos Verdes and eventually raised all seven children there. They retired in the early 90’s to San Luis Obispo, often commenting on how lucky they were to live in some of the most beautiful places that this country has to offer. His last year was spent in Irvine, CA near family. A jack-of-all-trades, Dick, used his skills to design, engineer, and build things for his children and made beautiful improvements to the family home. He enjoyed woodcraft, working on cars, and computers, sharing his wealth of knowledge and know-how with his children and grandchildren. Dick led by example and taught his children and grandchildren that there is nothing that they cannot learn. Kind patience was certainly his most indelible trait. Services will be held in San Luis Obispo, CA A vigil will be held from 4-6pm on July 15, 2021 at Reis Family Mortuary, 991 Nipomo Street. The funeral mass will be held July 16th at 10:00am at Mission San Luis Obispo de Tolosa and will be followed by burial at Old Mission Cemetery.

It is with great sadness that the family of Richard Maurice Rall announce his passing on July 3, 2021, in Irvine, California. Dick was born July 14, 1934, near Upper Sandusky, Ohio to Lawrence V. and Lucille S. (Fisher) Rall. Dick is survived... View Obituary & Service Information

The family of Richard Rall created this Life Tributes page to make it easy to share your memories.

It is with great sadness that the family of Richard Maurice Rall...

Send flowers to the Rall family.