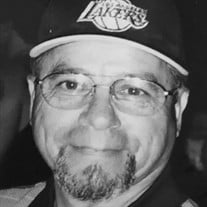 Ramon Castro Jr., age 79, beloved husband, father, grandfather, brother, uncle, son-in-law, and brother-in-law, passed away on January 23, 2020 at his home in Arroyo Grande, California, after a brave battle with Alzheimer’s. Ramon is survived by his loving wife, Rose Castro, his children, Kenny Castro, Daniel Castro, and Monica Samour, and two loving grandchildren, Sienna and Spenser Samour. He is also survived by his siblings Richard Castro, Alice Soto, and Ysidro Castro, as well as many nieces, nephews, and extended family. He is preceded in death by his parents Ramon and Lucia Castro, his brother Albert Castro, and his sister Eleanor Hannickel. Ramon (Ray) Castro was born on February 8, 1940, in San Luis Obispo, California. He graduated from San Luis Obispo High School in 1958 where he played second base on the 1958 CIF Championship Baseball Team. Go Tigers! He was then drafted into the Army where he served in Korea as a rifle expert in the DMZ. After an honorable discharge, he returned to San Luis Obispo where he met, fell in love, and married Rose Marie Vargas in 1968. They had three children and enjoyed an active lifestyle on the Central Coast. Ray’s favorite activities were golf, tennis, camping, fishing, watching the Lakers, and playing guitar. Ray spent a few years as a shoe salesman at Reeve’s in San Luis Obispo before beginning a career in sporting goods and distribution with Copeland’s Sports. After retiring from Copeland’s, he enjoyed golfing, eating out at restaurants, and spending time with his immediate and extended family, especially his grandchildren. Throughout his entire disease, Ray was lovingly cared for by his wife, Rose (Dido), with a strength and patience unparalleled. The family would like to thank her, as well as Dignity Health Hospice of Santa Maria for their kind care and contribution to his peaceful passing. After cremation, a memorial service will be held at Reis Family Mortuary and Crematory in San Luis Obispo on Friday, January 31 at 2 p.m. A Celebration of Life will follow with family and friends. Condolences can be sent to his widow or posted on-line at www.reisfamilymortuary.net. “Those we love don’t go away, they walk beside us every day. Unseen, unheard, but always near, still loved, still missed, and very dear.”

The family of Ramon Castro created this Life Tributes page to make it easy to share your memories.

Send flowers to the Castro family.